We put out the call for Impact Brands to tell us their story - and folks? You delivered. We’ve been speaking to some of the best and brightest minds in the industry and learning some absolutely fascinating things about how they’re having an impact in their corner of the world. It was no surprise that we dug up more companies like ourselves who had set out to work with companies who were on a mission to do some pretty innovative, positive impact projects. One of them is CXP Consulting - and we saw a lot of ourselves in them!

Tania Amar, Founder and CEO of CXP Consulting met with us to talk about making a difference in an arena where we here at Flying Saucer are no stranger — tech startups. Here’s her story!

Israel, to many, might seem like an unlikely place to find a booming technology community — but they’d be wrong. They’re currently experiencing a major boom of innovation in the tech space. Israel has the largest number of startup companies in the world proportional to its population —even when you don’t control for population size, they rank only second to the United States. They also ranked 2nd in the world for Venture Capital (VC) funds behind the US. They’re leading the world in the number of technicians and scientists in the workforce with 145 per 10,000 people, and over 25% of its workforce employed in technical professions.

Tania has been there through it all. Having lived in Israel for 22 years, she’s seen the rise in the technology sector — and she’s worked as a CMO for global tech companies like Comverse, NICE, Magic, and Click Software as well as the leading Venture Capital Firm Jerusalem Venture Partners and the French industrial giant, Areva.

Suffice it to say, she’s no amateur.

Similar to our CEO, Adrien Colombié — she saw one major problem: startups had unique needs that weren’t being addressed very well.

“Startups have so much potential - but they almost universally fail to tell their story in a way that really touches  people. They get trapped into talking about the technology because it’s most often what they fell in love with. But it’s not about the technology - no one cares! It’s about the bigger story - storytelling is crucial because that’s the emotion; it’s what drives people to take action. You don’t move people with features.” 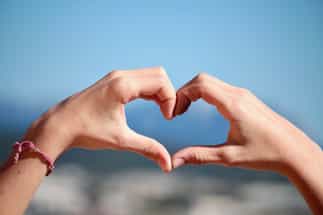 We here at Flying Saucer couldn’t agree more — and not just because we’re copywriters and messaging is our jam. We talk a lot about branding and how important it is because it’s how you communicate your company and your ideas to the world. It’s how you make an outstanding first impression and emotionally connect people with your mission. If you can’t do that, you’re sunk almost from the word ‘go’!

“You need to know how to touch your audience’s world, but with a twist,” Tania says. And she’s made a career out of teaching startups how to do just that. Setting herself up as the go-to expert for startups in the area, CXP Consulting is holding workshops and mentoring  sessions with startups at local incubators, or even directly with the company and their leadership teams themselves.

“Knowing what language to use to connect with your customer is an art form — but you know that,” she says with a smile, and she’s right, we do! “Not everyone with a bright idea knows how to communicate it, so I set out to help them do it. There’s nothing worse than thinking about amazing ideas — ideas that could change the world, being left out in the cold because they weren’t communicated well enough.”

She’s been working with some pretty amazing startups - Cellwise, Setoo, Yous, Open Legacy, Hakoo, Rewhiz… need we go on? A particular favorite of ours is Cyabra who have set out to tackle the problem of #FakeNews with Artificial Intelligence. We see you - keep up the good work!

So if you’re in Israel and you’re looking for a brand strategist that can set you on the right track for how to tell your message, look up Tania Amar at CXP Consulting. And of course — when you need a killer website and copywriting team, keep us in mind too, would ya?

And The Winner Is...